Understanding and Partnering on HDR Workflows

Every now and then a new format or technology comes along that has a profound effect on post-production. Currently, that tech is high dynamic range, or HDR, which offers a heightened visual experience through a greater dynamic range of luminosity. 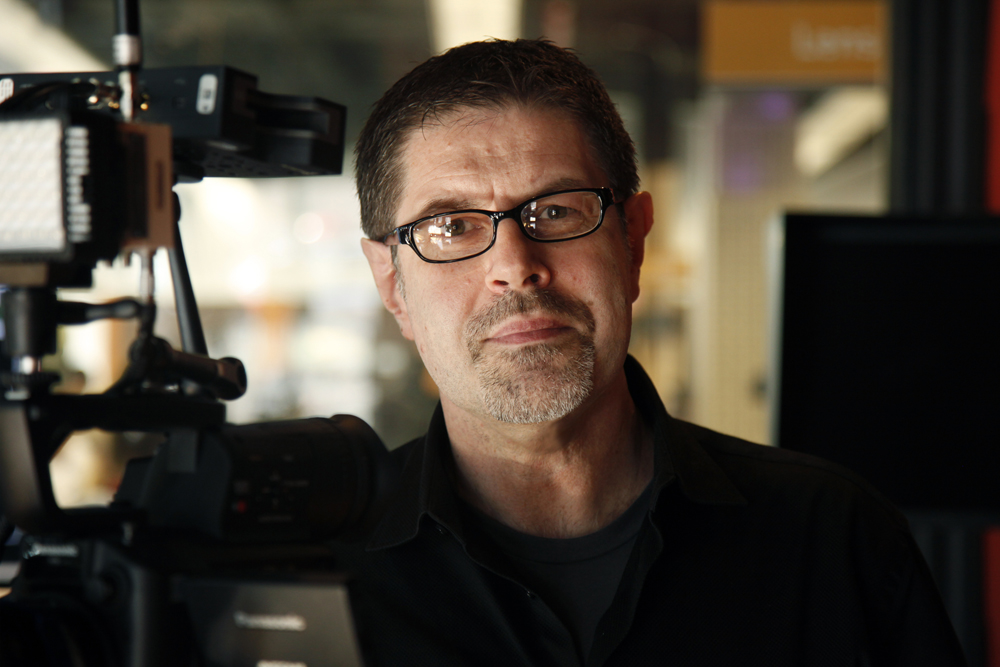 So why is HDR important to the industry? “That is a massive question to answer, but to make a pretty long story relatively short, it is by far one of the recent technologies to emerge with the greatest potential to change how images are affecting audiences,” says Michel Suissa, manager of professional solutions at The Studio–B&H. “Regardless of the market and the medium used to distribute programming, irrelevant to where and how these images are consumed, it is a clearly noticeable enhancement, and at the same time a real marketing gold mine for manufacturers as well as content producers, since a premium can be attached to offering HDR as a feature.”

And he should know. Suissa has been helping a multitude of post studios navigate the HDR waters in their quest for the equipment necessary to meet their high dynamic range needs.

Suissa started seeing a growing appetite for HDR roughly three years ago, both in the consumer and professional markets and at about the same time. “Three years ago, if someone had said they were creating HDR content, a very small percentage of the community would have known what they were talking about,” he notes. “Now, if you don’t know what HDR is and you’re in the industry, then you are probably behind the times.”

Nevertheless, HDR is demanding in terms of the knowledge one needs to create HDR content and distribute it, as well as make sure people can consume it in a way that’s satisfying, Suissa points out. “And there’s still a lot of technical requirements that people have to carefully navigate through because it is hardly trivial,” he says.

How does a company like B&H go about helping a post studio select the right tools for their individual workflow needs? “The basic yet critically important task is understanding their workflow, their existing tool set and what is expected of them in terms of delivery to their clients,” says Suissa.

To assist studios and content creators working in post, The Studio–B&H team follows a blueprint that’s based on engaging customers about the nature of the work they do, asking questions like: Which camera material do they work from? In which form is the original camera material used? What platform do they use for editing? What is the preferred application to master HDR images? What is the storage and network infrastructure? What are the master delivery specifications they must adhere to (what flavor of HDR)? 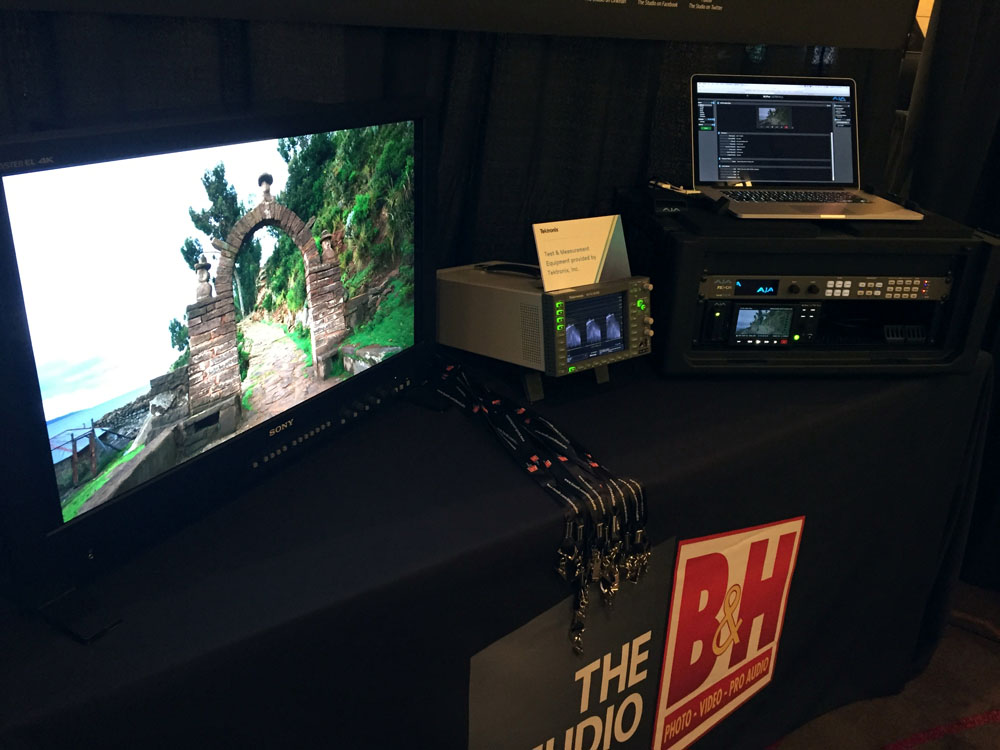 When adding an HDR workflow, studios typically approach B&H looking for equipment across their entire pipeline. However, Suissa states that similar parameters apply for HDR work as for other high-performance environments. People will continue to need decent workstations, powerful GPUs, professional storage for performance and increased capacity, and an excellent understanding of monitoring. “Other aspects of a traditional pipeline can sometimes remain in play, but it is truly a case-by-case analysis,” he says.

The most critical aspect of working with HDR is the viewing experience, Suissa says, so selecting an appropriate monitoring solution is vital — as is knowing the output specifications that will be used for final delivery of the content.

Without question, Suissa has seen an increase in the number of studios asking about HDR equipment of late. “Generally speaking, the demand by people wanting to at least understand what they need in order to deliver HDR content is growing, and that’s because the demand for content is growing,” he says.

Yes, there are compromises that studios are making in terms of HDR that are based on budget. Nevertheless, there is a tipping point that can lead to the rejection of a project if it is not up to HDR standards. In fact, Suissa foresees in the next six months or so the tightening of standards on the delivery side, whether for Amazon, Netflix or the networks, and the issuance of mandates by over-the-air distribution channels in order for content to be approved as HDR.

B&H/Light Iron Collaboration
Among the studios that have purchased HDR equipment from B&H is Light Iron, a Panavision company with six facilities spanning the US that offer a range of post solutions, including dailies and DI. According to Light Iron co-founder Katie Fellion, the number of their clients requesting HDR finishing has increased in the past year. She estimates that one out of every three clients is considering HDR finishing, and in some cases, they are doing so even if they don’t have distribution in place yet.

Suissa and Light Iron SVP of innovation Michael Cioni gradually began forging a fruitful collaboration during the last few years, partnering a number of times at various industry events. “At the same time, we doubled up on our relationship of providing technology to them,” Suissa adds, whether for demonstrations or for Light Iron’s commercial production environment. 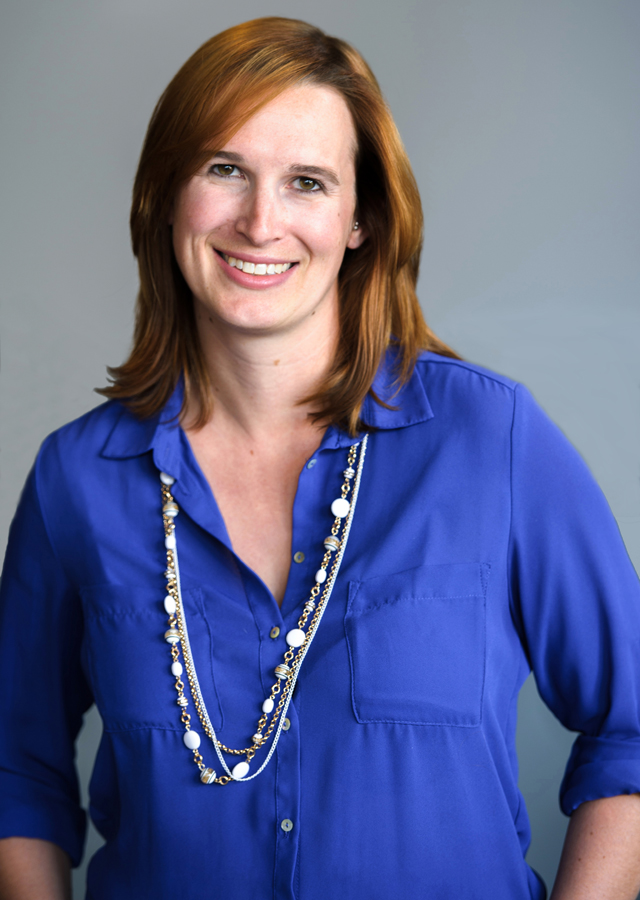 For some time, Light Iron has been moving toward HDR, purchasing equipment from various vendors along the way. In fact, Light Iron was one of the very first vendors to become involved with HDR finishing when Amazon introduced HDR-10 mastering for the second season of one of its flagship shows, Transparent, in 2015.

“Shortly after Transparent, we had several theatrical releases that also began to remaster in both HDR-10 and Dolby Vision, but the requests were not necessarily the norm,” says Fellion. “Over the last three years, that has steadily changed, as more studios are selling content to platforms that offer HDR distribution. Now, we have several shows that started their Season 1 with a traditional HD finish, but then transitioned to 4K HDR finishes in order to accommodate these additional distribution platform requirements.”

Some of the more recent HDR-finished projects at Light Iron include Glow (Season 2) and Thirteen Reasons Why (Season 2) for Netflix, Uncle Drew for Lionsgate, Life Itself for Amazon, Baskets (Season 3) and Better Things (Season 2) for FX and Action Point for Paramount.

Without question, HDR is important to today’s finishing, but one cannot just step blindly into this new, highly detailed world. There are important factors to consider. For instance, the source requirements for HDR mastering — 4K 16-bit files — require more robust tools and storage. “A show that was previously shot and mastered in 2K or HD may now require three or four times the amount of storage in a 4K HDR workflow. Since older post facilities had been previously designed around a 2K/HD infrastructure, newer companies that had fewer issues with legacy infrastructure were able to adopt 4K HDR faster,” says Fellion. Light Iron was designed around a 4K+ infrastructure from day one, she adds, allowing the post house to much more easily integrate HDR at a time when other facilities were still transitioning from 2K to 4K.

Nevertheless, this adoption required changes to the post house’s workflow. Fellion explains: “In a theatrical world, because HDR color is set in a much larger color gamut than P3, the technically correct way to master is to start with the HDR color first and then trim down for P3. However, since HDR theatrical exhibition is still in its infancy, there are not options for most feature films to monitor in a projected environment — which, in a feature workflow, is an expected part of the finishing process. As a result, we often use color-managed workflows that allow us to master first in a P3 theatrical projection environment and then to version for HDR as a secondary pass.” 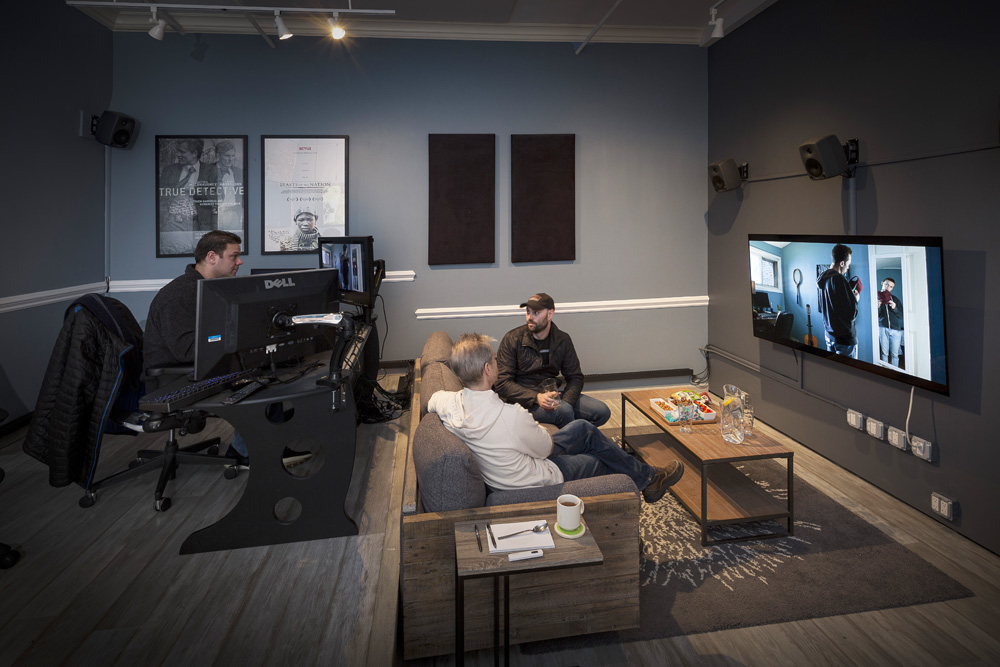 In the episodic world, if a project is delivering in HDR, unless creative preference determines otherwise, Light Iron will typically start with the HDR version first and then trim down for the SDR Rec.709 versions.

For either, versioning and delivery have to be considered. For Dolby Vision, this starts with an analysis of the timeline to output an XML for the 709 derivative, explains Fellion of Light Iron’s workflow. And then from that 709 derivative, the colorist will review and tweak the XML values as necessary, sometimes going back to the HDR version and re-analyzing if a larger adjustment needs to be made for the Rec.709 version. For an HDR-10 workflow, this usually involves a different color pass and delivered file set, as well as analysis of the final HDR sequence, to create metadata values, she adds.

Needless to say, embracing HDR is not without challenges. Currently, HDR is only used in the final color process since there are not many workflows to support HDR throughout the dailies or editorial process, says Fellion. “This can certainly be a challenge to creatives who have spent the past few months staring at images in SDR only to have a different reaction when they first view them in HDR.” Also, in HDR there may be elements on screen that weren’t previously visible in SDR dailies or offline (such as outside a window or production cables under a table), which creates new VFX requirements in order to adjust those elements.

“As more options are developed for on-set monitoring — such as Light Iron’s HDR Video Village System — productions are given an opportunity to see HDR earlier in the process and make mental and physical adjustments to help accommodate for the final HDR picture,” Fellion says.

Having an HDR monitor on set can aid in flagging potential issues that might not be seen in SDR. Currently, however, for dailies and editorial, HDR monitoring is not really used, according to Fellion, who hopes to see that change in the future. Conversely, in the finishing world, “an HDR monitor capable of a minimum 1,000-nit display, such as the Sony [BVM] X300, as well as a consumer-grade HDR UHD TV for client reviews, are part of our standard tool set for mastering,” she notes.

And, no doubt, there will be additional HDR equipment needs in Light Iron’s future, as delivery of HDR content continues to ramp up. But there’s a hefty cost involved in moving to HDR. Depending on whether a facility’s DI systems already had the capacity to play back 4K 16-bit files — a key requirement for HDR mastering — the cost can range from a few thousand dollars for a consumer-grade monitor to tens of thousands for professional reference monitoring, DI system, storage and network upgrades, as well as licensing and training for the Dolby Vision platform, according to Fellion.

That is one reason why it’s important for suppliers and vendors to form relationships. But there are other reasons, too. “Those leading the charge [in HDR] are innovators and people you want to be associated with,” Suissa explains. “You learn a lot by associating yourself with professionals on the other side of things. We provide technology. We understand it. We learn it. But we also practice it differently than people who create content. The exchange of knowledge is critical, and it enables us to help our customers better understand the technology they are purchasing.”